Bulgarian language school "Botev Academy" together with the Bulgarian Embassy present the documentary "Tarpan".
Tarpans, extinct prehistoric wild horses, a breed that disappeared from the wild in Europe two centuries ago, is reintroduced in southeast Bulgaria.
The prehistoric horses have been brought to the Rhodope mоuntains in southern Bulgaria, a region they are believed to have inhabited in the past, as part of a joint Dutch-Bulgarian project.

Twelve tarpans were transported to the region of Krumovgrad from their breeding ground in the Netherlands. Once in Bulgaria, the horses were raised in enclosures until they adapt to the mountainous conditions. The experts were however unable to say how long the adaptation might take. In the Netherlands they have never seen a rock or a mountain. They have to get used to the landscape: rocks, valleys, different vegetation for food and different water sources. Ordinary horses were used to "teach" the newcomers how to protect themselves from wolves and other local predators.
The tarpans died out in the wild between 1875 and 1890, but Polish peasants continued to raise them together with ordinary horses up until the 1930s. They were then introduced in the Netherlands and from there to some regions in western France, northern Germany, Britain, Belgium and Lithuania. The New Thracian Gold project received funding from the Dutch National Postcode Lottery in 2009 and has since worked to develop natural grazing, organic agriculture and eco-tourism in the eastern Rhodope Mountains.
Are you interested to learn what happen and how these wild horses survived the new environment? Would you like to understand their wild nature and wonderful characters?
Watch the documentary “Tarpan” at Botev Academy - Bulgarian Language School in Tacoma Park. We will take you far away to the Balkan Mountains and meet you with the re-wilded Tarpon horses.

The documentary is in English with Bulgarian subtitles.
Free admission!
For more information visit https://botevacademy.org 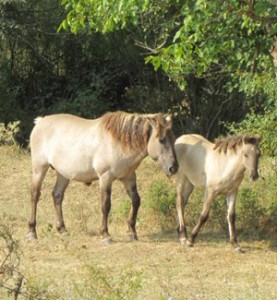 The film documents the successful rewilding of the ancient Tarpan horse into the Rhodope Mountains by the Bulgarian group New Thracian Gold and Rewilding Europe.
TARPAN has premiered in New York a few weeks ago to amazing reviews and won Best Short Documentary at the Equus NY Film Festival
It is the second in an ongoing series of films documenting and celebrating rare equine breeds and the often vanishing cultures surrounding them.
http://www.rareequinetrust.com/tarpan 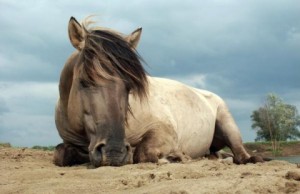 Founded in 2011, Rewilding Europe is a Pan-European initiative with the aim to make Europe a wilder place, for the benefit of man and nature alike. Rewilding Europe offers a new, additional vision for nature conservation in Europe, where there is more space for nature, wildlife and nature’s own ways, and where local people can make a fair living from the wild.
Rewilding Europe aims to rewild at least one million hectares of land by 2022, creating ten magnificent wildlife and wilderness areas of international quality, that become the base for a new competitive, sustainable rural economy in these areas. Serving as inspirational examples for what can also be achieved elsewhere.
Rewilding Europe is today active in seven areas in Europe: the Danube Delta and the Southern Carpathians in Romania, the Eastern Carpathians (Slovakia and Poland), Velebit (Croatia), the Central Apennines (Italy), Western Iberia (Portugal) and the Rhodope Mountains (Bulgaria). Two more areas are right now in pipeline, in Sweden and Germany/Poland. More details on:
http://www.rewildingeurope.com/

View all posts by: Boyko Antonov